Only its ways of expression can be as subjective as art itself. The naming process of a new field of art is not clear nor unmistakable but there is something in it that just makes it enormously legitimate.

Piero Fioretti is an Italian FX artist (special effects) that told SURREAL that he has always been passionate about robots, reason why he studied Mechanics engineering. Later on he acknowledged the possibility of having his own projects, which allowed him to work on his app for three and a half years and then to take a master degree on Computer Graphics – where turned out to be a prodigy and started working in the business right away. Now, Piero works as an artist all around the world and was his own Showreel, with soundtrack of N/O/E/W/A Creative Music (Levente Dudas) – soundsculpor – that enhanced this interview in the first place.

The interview lead to the discussion regarding topics like the influence of digital art in marketing, the receptor’s visual stimulation and the possible overpass of all the other indisputable forms of art. The number of ways that this art is able to shape the publicity system nowadays is astronomical, having already campaigns that try to overcome themselves than the direct competition. In order to do so, there are companies like the South Korean d’strict (whose project “Wave” makes the cover of this article) that are specialists in working with public spaces, artificial intelligence and enormous digital outdoors for video display: perfect scenario for irreverent publicity campaigns. This association between marketing and art doesn’t bother Piero who believes that the creative process behind it should be recognized despite the reason or motivation (in this case sales and revenues).

With all the current trends, it is impossible not to acknowledge technological advances as the main driver of this art’s evolution. When questioned about this fact, Piero does not rule out the possibility that, in the future, the remaining art forms will fall into “disuse” (but never eliminated), especially with the implementation of “real time technology” that allows to substantially reduce the time dedicated to post-production, leading to its further exploitation. We live in an era in which technological evolution takes almost unstoppable proportions and in which the amount of digital tools available to artists gradually increases, giving rise to more and more ramifications in this sector and new experiences for the public. Refik Anadol is a Turkish digital artist who is dedicated to shape computer data – data sculpturing – through algorithms and machine learning. As we know, computer data is nothing more than numbers in its essence and what Anadol tries to do is simply to give them shape. Reproducing this individual process on a large scale, we will obtain works such as Melting Memories and Machine Hallucinations in which it the machine itself modifies the database that the artist designed and assigned to it in real time ( through a video), database which always follows the purpose of the work. 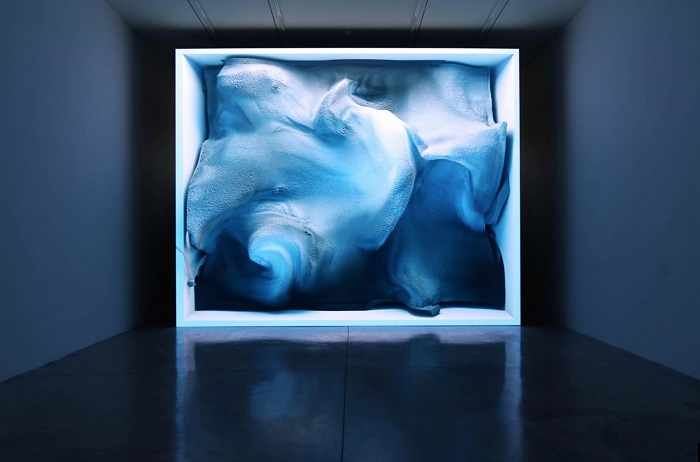 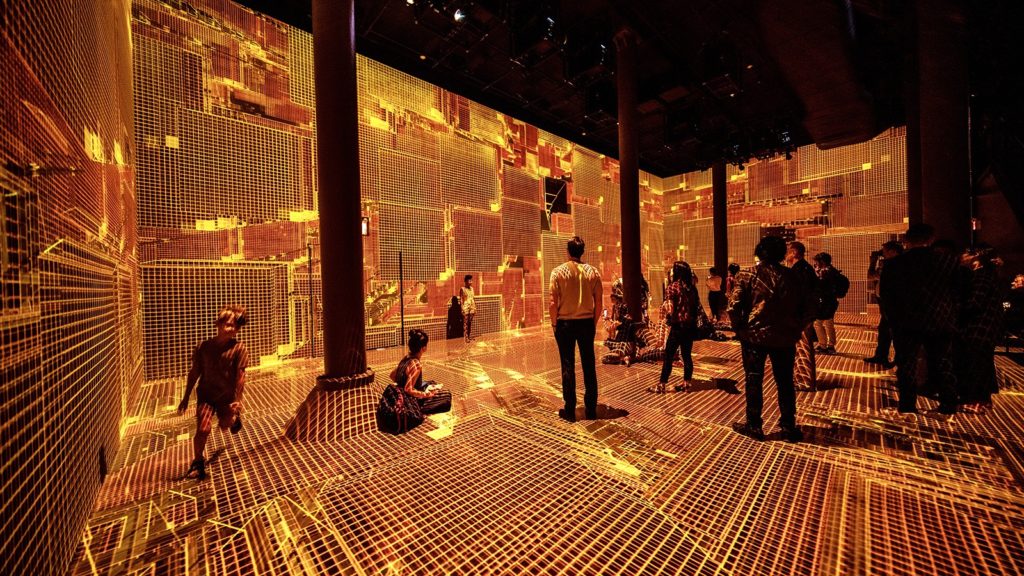 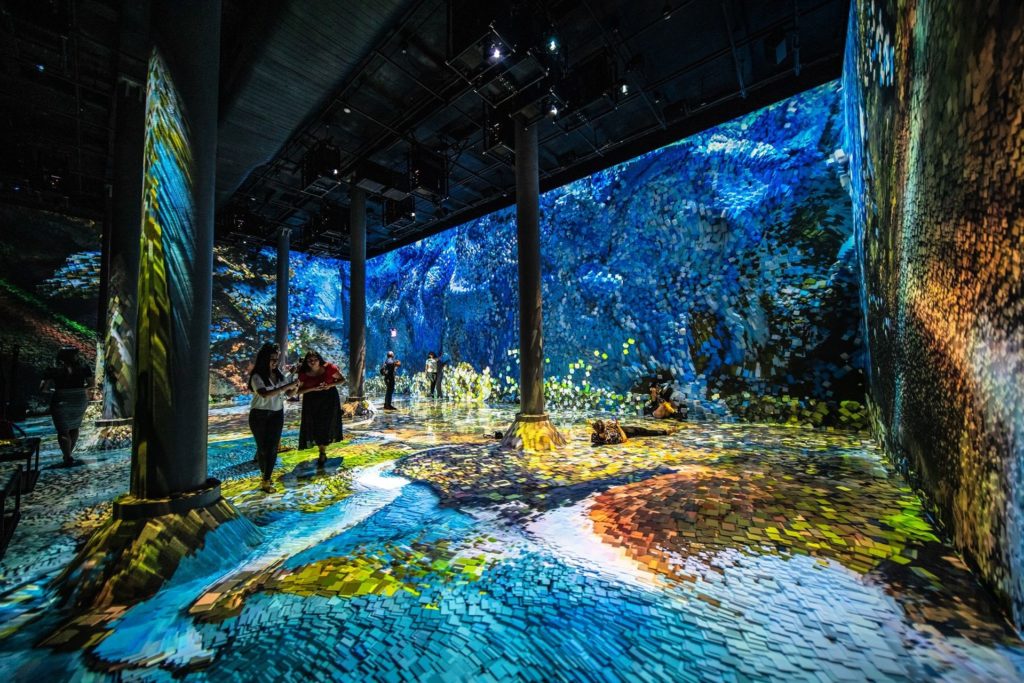 Machine Hallucinations in another stage of presentation. Each pixel represents an inserted data