We have spoken several times about raw and elementary photography, which focuses on a single object and concentrates the ephemeral message on it. Today we discuss broad and cinematographic photography, where attention is dispersed in human geometry.

Slim Aarons became known as the glamor, luxury and post-war photographer, seeing his work represent an iconic time capsule for an extremely interesting historical period. He did it based on the portrait of a luxurious and Europeanist life, capable of telling a story from the high angle, from the human life or from the seducing landscapes. Through this combination of elements, photography takes shape and the classic combination of colors in all their shades (blue, green, white, yellow) is absolutely fascinating in this shot that is sufficient to describe the way of living of this particular class. 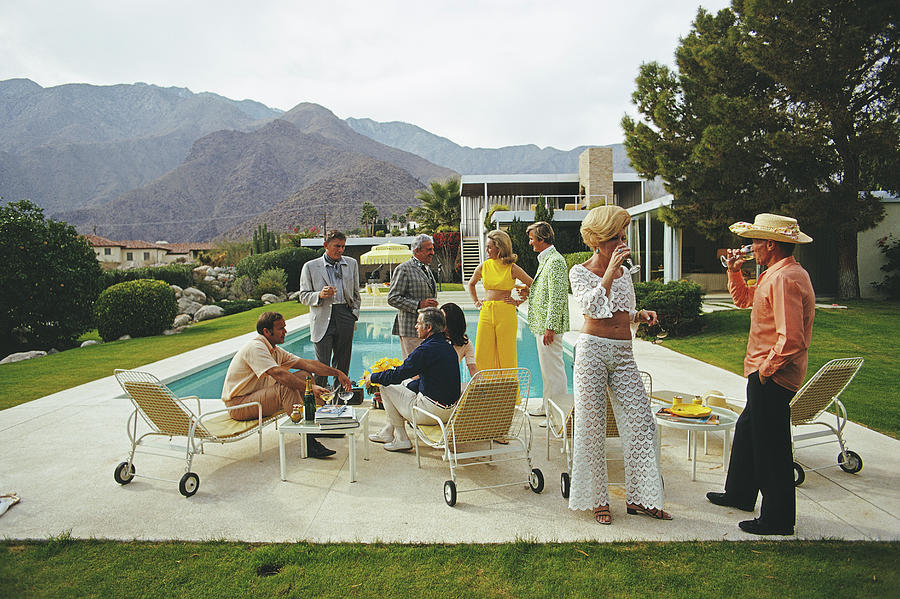 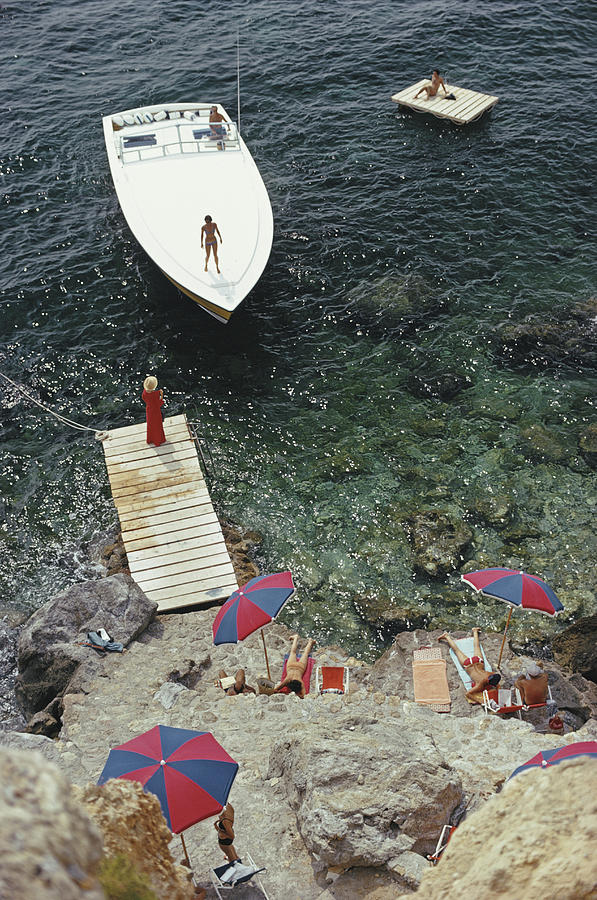 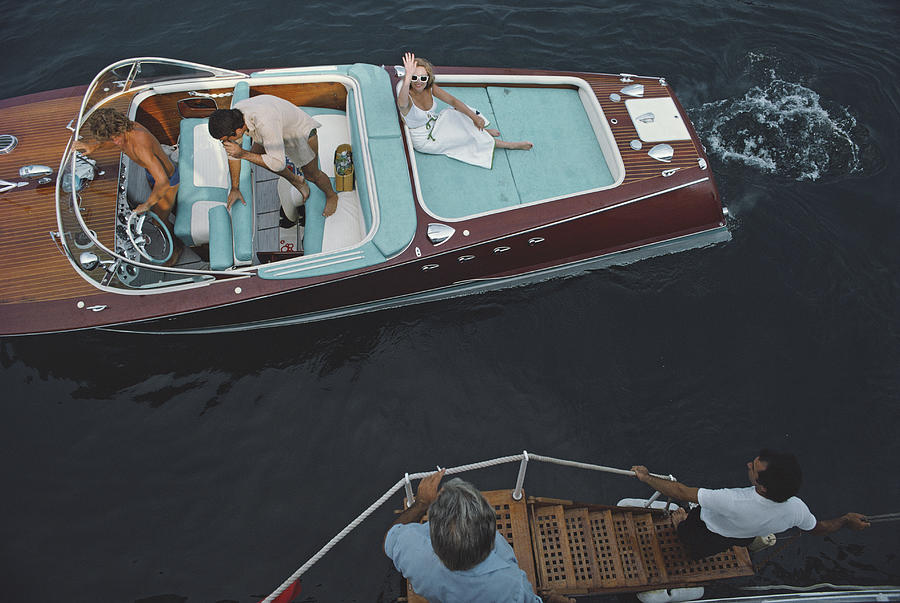 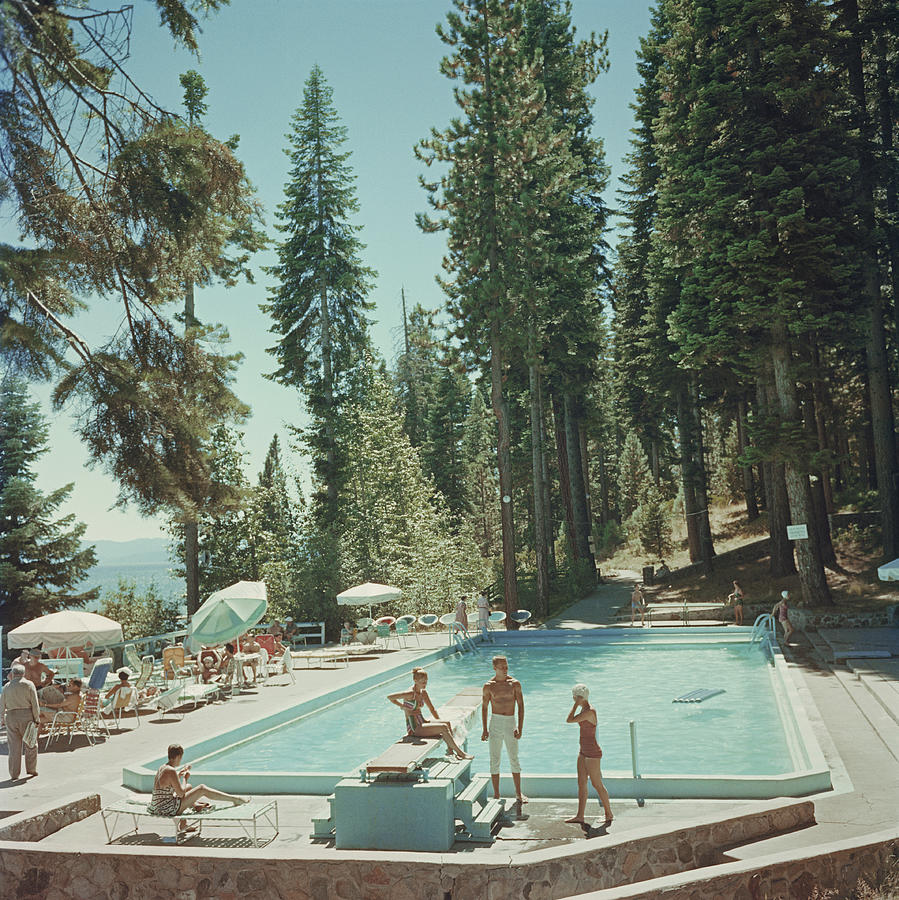 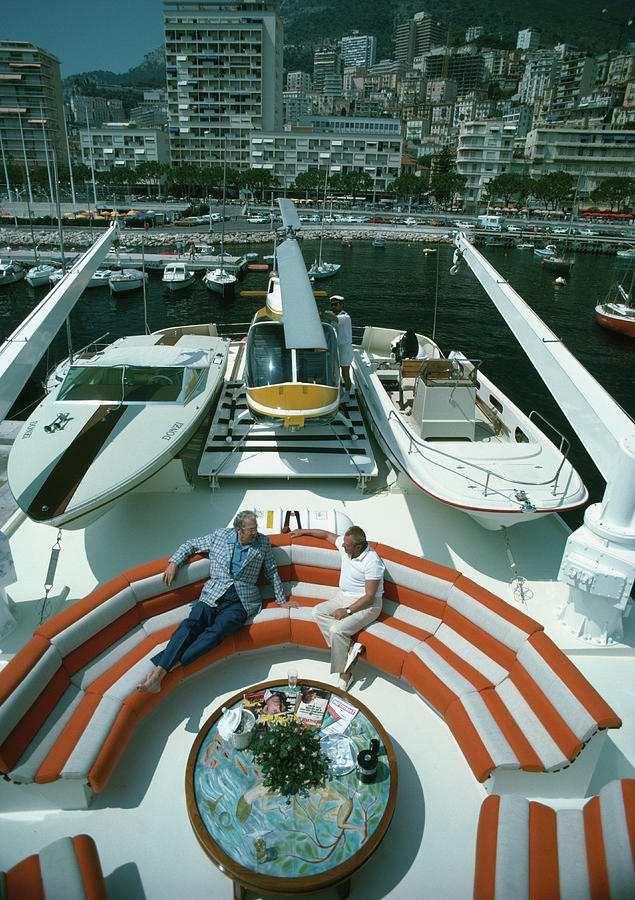 Michaela Jay follows the same cinephile concern even though she represents it over a wider spectrum. The London artist reinforces this preoccupation through the use of analog cameras and frames that are capable of living up to the nostalgia that the place exudes. Regarding the following photographs, Michaela tells us: “(…) I don’t think the place (Monte Carlo) has changed much over the years, its the playground for the rich and very old world glamour so using my 1970’s Pentax was unintentionally the perfect set up for Slim Aarons style photos. I think for me the main motivation was just wanting to capture it as best I could, its not somewhere I would normally be. Although I had no real plan,I did have vintage postcards in mind and tried to look for scenes to replicate those in areas that seemed frozen in time.” 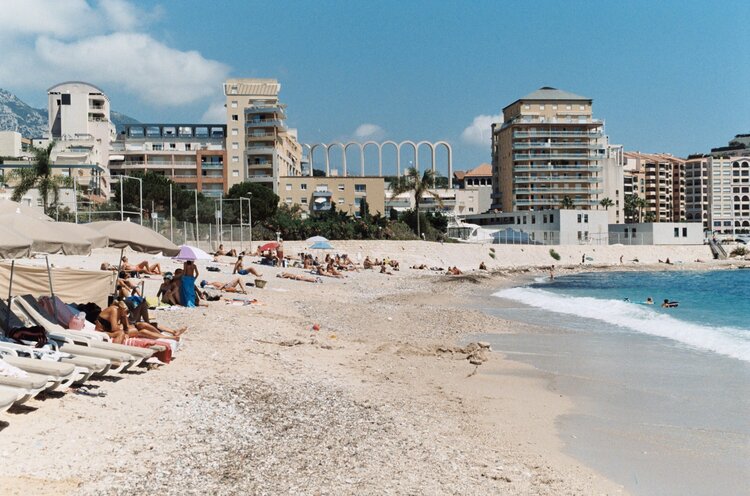 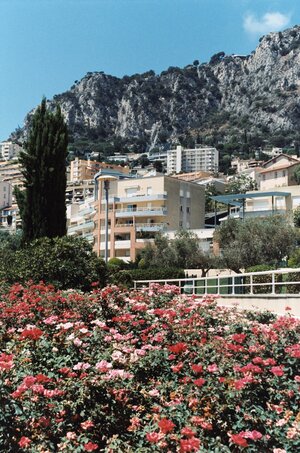 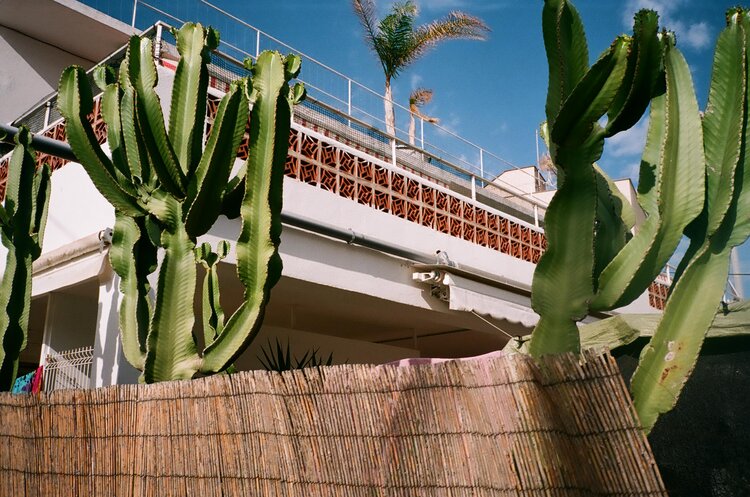 The cinematographic side continues now on an oriental aesthetics: “Those photographs were taken at an Asian supermarket I shop at, near to where I live. On the side of a dual carriageway, in a sea of dull, grey warehouses you have this vibrant, colourful building with a pagoda roof; It looks pretty surreal and it draws you in.  Again, I was just photographing what Im familiar with. Its interesting that you mentioned Wong Kar-Wai, I actually used Cinestill film which is converted Kodak motion picture film, I wanted the same depth of colour and saturation that you see in his work. It’s really beautiful.” 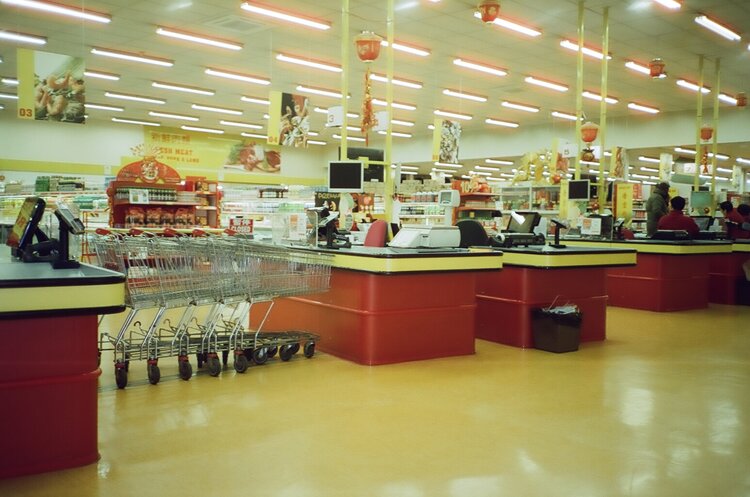 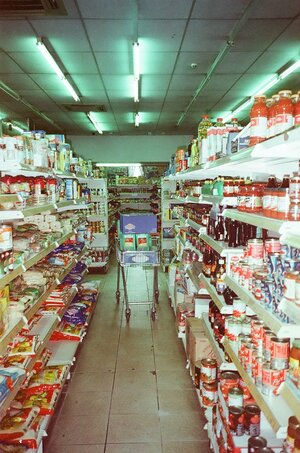 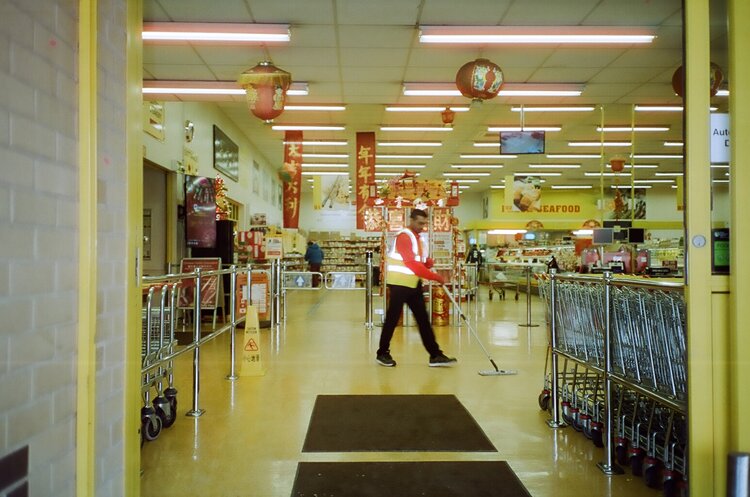 Do you have any inspirations when it comes to photography?

I would definitely say I’m hugely influenced by film, by Directors and cinematographers like Barry Jenkins, Phil Abraham and Rafael Corkidi – his surrealist work with Alejandro Jodorowsky in particular will transport you to another world. Similarly, I like photographers that add a cinematic element to everyday subjects, William Eggleston does this particularly well and was my earliest inspiration, after that Nan Goldin, Greg Girard and Gordon Parks to name a few.

You move from photographing a single central object to a photograph with a lot of information in it, you can go from shooting a cat to a Chinese market. I would like to understand a little bit better what crosses your mind when you shoot, what do you try to capture?

Mostly when I take my camera out, I decide where I’m going and that’s about the only thing that’s planned. I think I take wildly different photos in an area I’m familiar with compared to somewhere I’ve never been before. There’s curiosity in a new environment and I’ll try to get a lot of it in the picture but I think when you take photos of what you know, you notice smaller details. It’s all so familiar that anything out of place provides a photo opportunity. Often when I’m taking photos in this way, I’ll let lighting and colour palette be my main inspiration, the subject being of little to no importance. I like to play with composition to bring focus to the components of ordinary, familiar scenes, allowing them to take centre stage. I take a similar approach when photographing people, of course then the subject is hugely important but I try to let the shoot happen organically without a lot of direction. 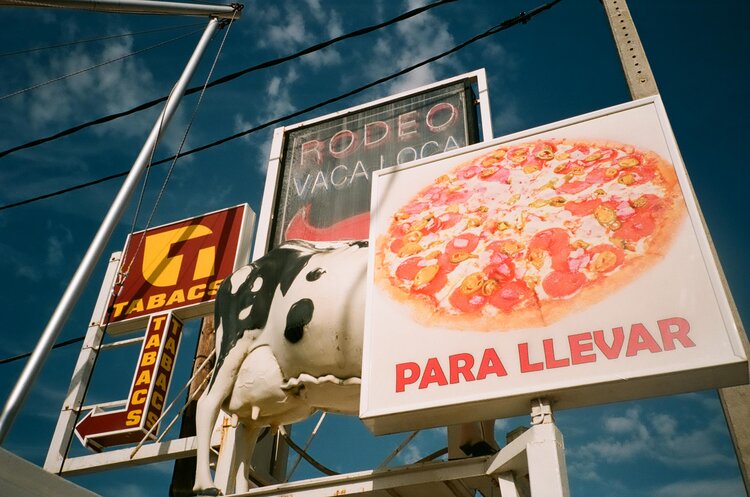 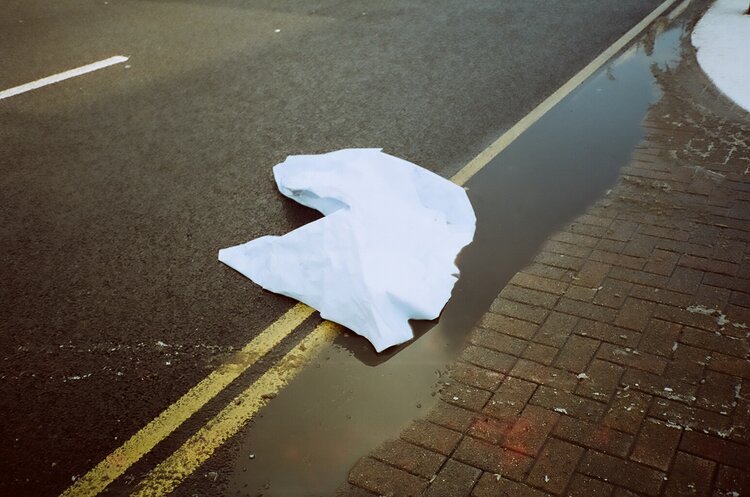