Saurav Shenoy is an Industrial Design master’s student that is curious enough to make his own way into Art Direction. In his interview with SURREAL, Saurav mentions artists like Six N Five and Maciej Kuciara & Ash Thorp who were crucial to awaken in him the interest for this artistic approach.

In this project, Pastel Series, we can denote a surreal path helped by serene colors and geometric setups that culminate into a peaceful mirage. 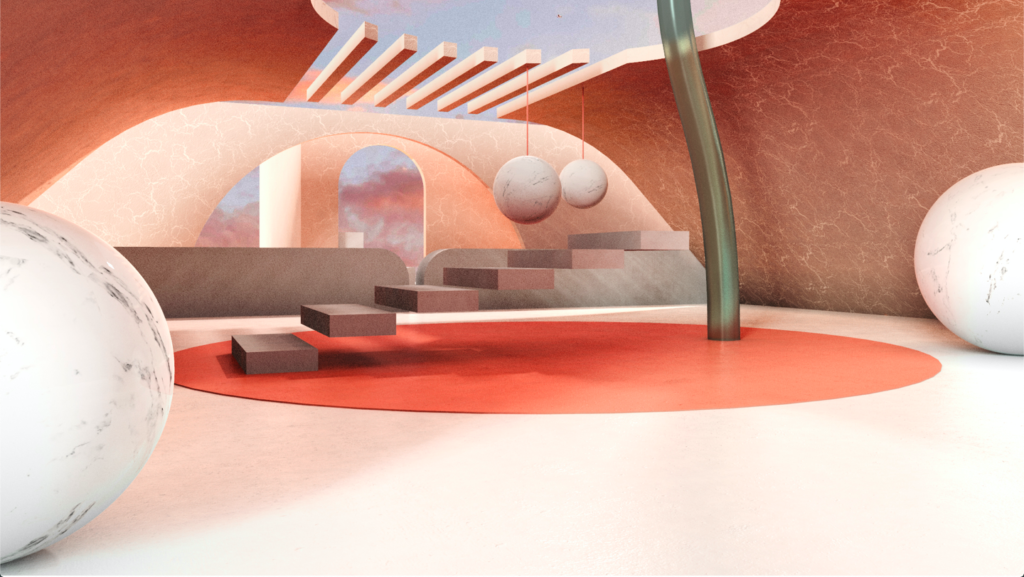 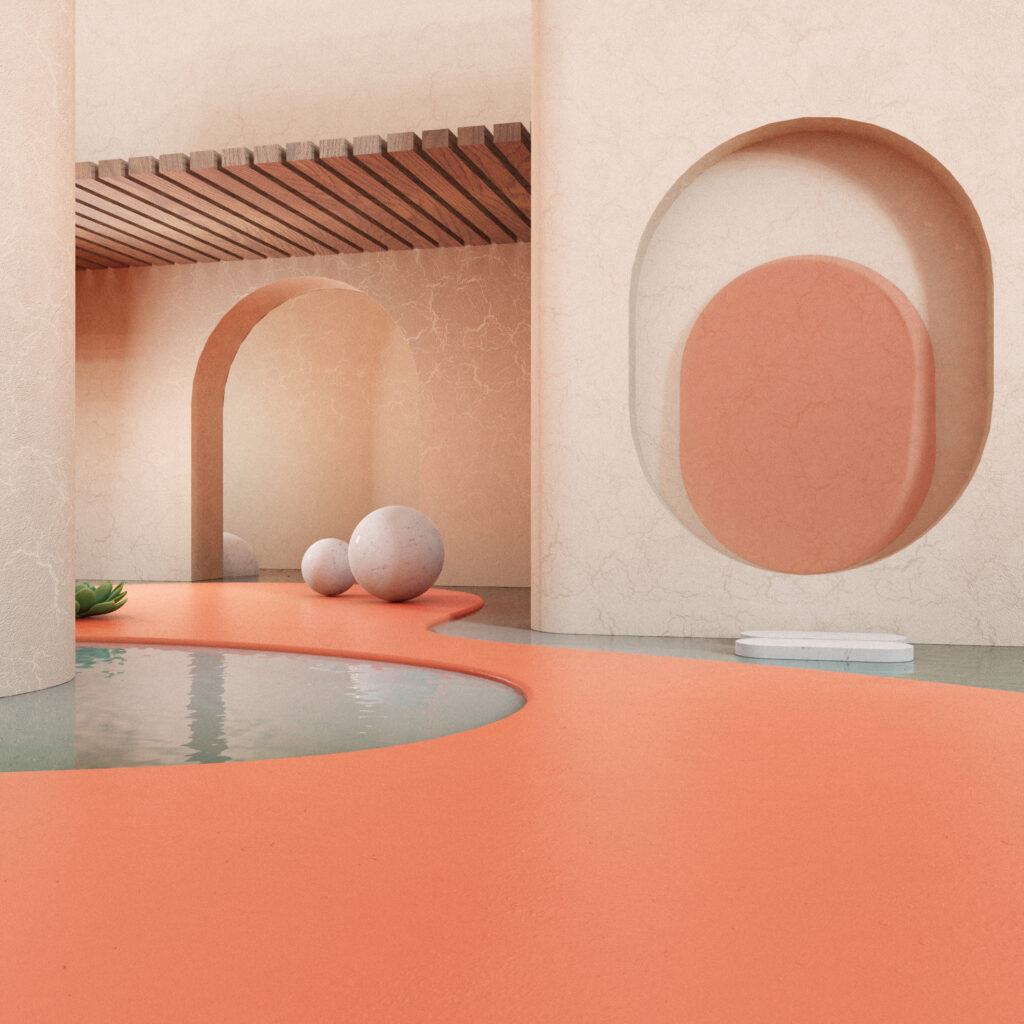 In your website, you refer to your Interior Art Series as essentially a test throughout different animation/design softwares (Keyshot, Blender, Rhino). What motivated you first: the desire of experimenting or the transformation of surreal involvements into something visible?

Initially, my motivation was definitely about learning and exploring the possibilities assosciated with 3D art. However, the experiments began to take more of a surreal shape as I progressed. My process involved looking at various images for inspiration, from Tumblr, Pinterest and Instagram, and then creating a 3D manifestation to represent the same emotion that a certain set of images evoked.

Of course, there was also a fine balance between the surreal aspect and the visual representation of it, which was down to a lot of trial and error. But as I said before, it was natural progression once I became more comfortable with the tools I was using. 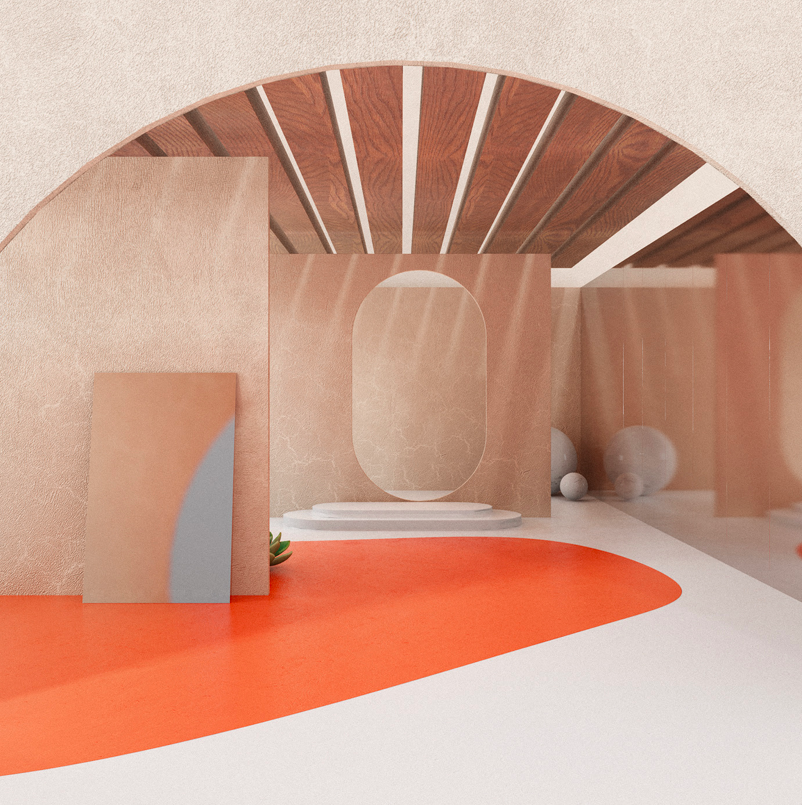 How important is the colour choice for you? And what role do elements like stairs and water take on your creation?

For any given visual, I create at least 3-4 variations with different colours and sometimes, different material textures. Personally, I find that colour is one of my first considerations before getting into any visual creation and changing even the smallest elements can create an entirely new effect to the global image. The refinement becomes quite evident when the colours in the first test and the final image are placed next to each other. Apart from just colour, there are complementary elements to consider such as the physical objects within a 3D space. After a few tries, I realized that it was about striking a balance between the two.

I found that additional elements could help me neutralize the exceeding warmth from the global colour tones. This was the main idea behind the stairs, marble spheres or water. However, in some, the physical objects were a poetic representation of the global image – such as the fresh pool of water in a desert.

Saurav finishes by confessing us that, although this project states the start of his journey as an artist, he is still unsure about the path and theme of the next series: “What started off as a week-long experiment to get over the lockdown blues has turned into a newfound source of inspiration for me. I always call every project a work-in-progress, so who knows, there may be something new for the Pastel Series around the corner!”.