With the advance of modernism, symbolism was partially limited but this did not prevent the emergence of great artists, in the most diverse areas, who took refuge in it. Adolf Hirémy-Hirschl was a Hungarian painter who gave special emphasis to mythological reconstruction and from there he rewrote what fascinated him most, generally depicting Gods and moments of conflict. Certain details such as the frequent use of a blue transparent fabric covering parts of the body and the analogy to a dead woman make Hirémy-Hirschl’s paintings more interesting, extremely rich and unusual within this French movement.

Within is most important pieces:

– The Birth of Venus (1888), cover of this article, follows the theory that Venus was born from the foam of the sea – such as Alexandre Cabanel and first Botticelli did – instead of the birth resulting from the relationship of Jupiter and Dione

– The Tomb of Achilles (1910), particularly intense due to the mythological connotation it entails. Nereids mourn the death of Achilles, son of Thetis, in a scenario of rough sea 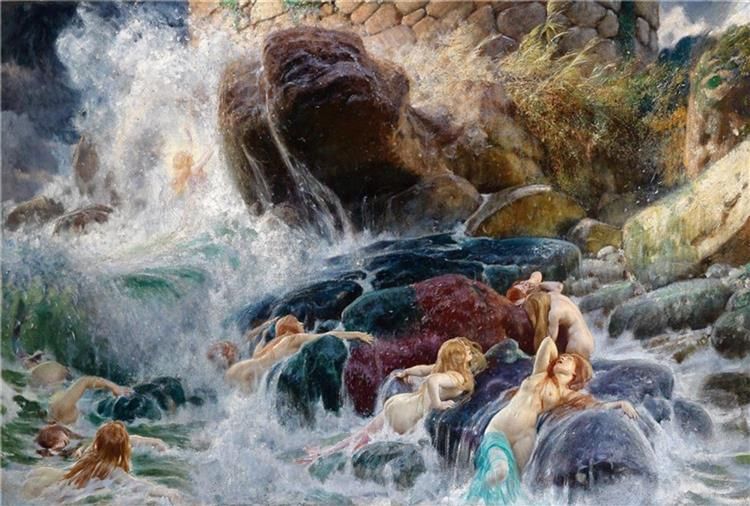 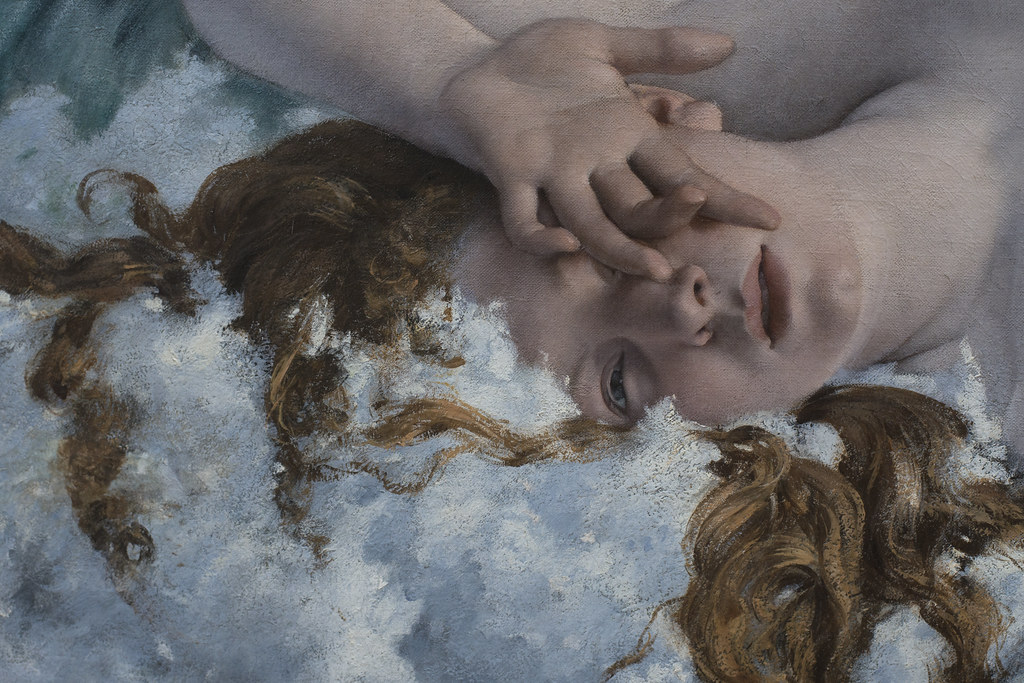 The Birth of Venus – detailed